The History of Rolls-Royce in Atlanta, GA

Today, the Rolls-Royce brand is known worldwide as the pinnacle of British luxury, an everlasting expression of the exceptional. From the supreme liberty of the first all-terrain Cullinan to the delightfully expressive, rule-breaking Phantom, the Rolls-Royce lineup honors time-old traditions of art, architecture, engineering and power. Customization, too, can be yours in the Bespoke program, so if you choose Rolls-Royce, you can further the exclusivity even more. This decadent brand started when two men teamed together in the early 20th century. Despite contrasting backgrounds and differing roles within their company, the Honourable Charles Rolls and Sir Henry Royce made history when they joined forces in 1904. Rolls-Royce Motor Cars began from two men who united under one shared passion: a desire to create the Best Car in the World. 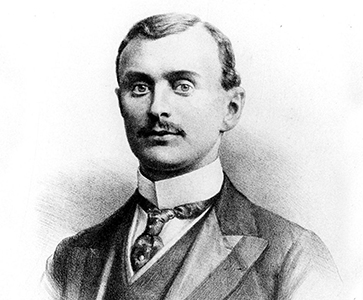 Born in 1877, Charles Stewart Rolls grew up in the affluent Berkeley Square in London as the third son of Lord and Lady Llangattock. Rolls became the first undergraduate to own a motor car at Trinity College, Cambridge, and graduated with a degree in mechanical engineering and nicknames ‘Dirty Rolls’ and ‘Petrolls.’ In 1903, Rolls broke the world land speed record by driving a 30-horsepower French vehicle, Mors, at 83 mph in Dublin, and started his own car dealership with the help of this father and friend Claude Johnson. With his new company, C.S. Rolls and Co., Rolls began importing and selling Peugeot and Minerva motor cars.

While Charles Rolls had a more privileged upbringing, Henry Royce was born in 1893 in Peterborough and started as a newspaper and telegram boy at the age of nine. With the patronage of his aunt, Royce earned his education with an apprenticeship with Great Northern Railway Works, and later landed a job with the Electric Light and Power company. Engineering was his passion, so Royce started a business with a friend constructing gadgets like doorbells and dynamors, allowing him to patent improvements to the bayonet light bulb (still in use to this day).

However, when Royce purchased a pre-owned two-cylinder French Decauville, his interests changed to the automotive industry. Finding faults with his vehicle, Royce wanted more, and thus started the pillar of Rolls-Royce philosophy: “Take the best that exists and make it better.” Royce designed and engineered his first engine, and by April of 1904, had constructed the Royce 10 hp. 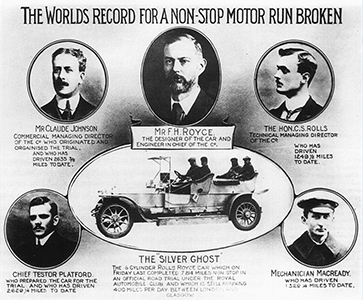 The Meeting of the Minds: History Begins

Charles Rolls and Henry Royce first met in Manchester in 1904, a month after Royce had completed his 10 hp vehicle. After driving together in the model, Rolls wanted to sell as many of Royce’s models as he could build under the new name of Rolls-Royce. The two agreed, and with the assistance of Roll’s partner, Claude Johnson, began to build a brand. Johnson was so integral in the creation and success of Rolls-Royce that he’s known as ‘the hyphen’ — after all, it was his idea to market the 40/50 hp motor car Rolls-Royce as “the Best Car in the World.” And so, the rest is history.

If you’d like to register your interest in one of our spectacular Rolls-Royce models or would like to learn more about the brand itself, contact us online or stop by our dealership at 7865 Roswell Road, Atlanta, GA 30350 and a member of our team would be happy to speak to you. We look forward to serving our luxury clients from the Metro Atlanta area.